Are you an optimist or pessimist or realist? How you view things may decide which headline you believe is the most telling of things to come for the SoCal real estate marketplace. CoreLogic released final figures for January and that figure was 12,665 homes and condos changed hands in January 2019 — a 17.1% decline from January a year ago. These figures for Southern California from Ventura down to San Diego.  However, 2018 ended with more SoCal citizens owning and living in their own homes than in the past 8 years. Low interest rates compensated for rising prices in the very best of ways, before last year saw rates rise rapidly and often, ending the year with rate hikes left buyers cold. However, if you only read the papers, you are under the impression, no doubt, that rates haven’t budged, because local columnist have been remiss to report that rates have dropped over a point.

Yes, interest rates are back in the 4’S! (Remember, this column never reports active rates because they can change without notice. This meant to be informational only.) In fact, 56% are owning their abodes here in the sunshine state. Yes, we are still behind many other states in that statistic. However, if you take similar metropolis areas and compare population dense areas, it will be about the same. Shame on newspapers not letting the public know that a little affordability came back with rates dropping. Many economists predict that rates will move little this first six months of 2019. 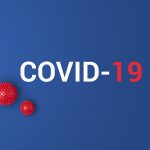