Median Prices Fall, Mirroring Decline In Volume, What does it Mean? 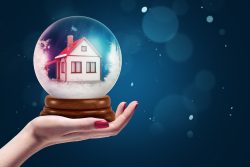 Let’s see, where is that crystal ball that will tell us what happens next in the housing market? How close could one get to properly prognosticating the fall/winter market? Well, here goes…

A lot has to do with what happens with the apparent trade war happening with China. Announced the first week of September, a now scheduled meeting could bring resolution. The stock market instantly like that news with a 350 point rally. Could trade single-handedly cause a recession — unlikely. This author believes it would take a European slow down, and more of a slowing economy in China, than trade issues, primarily because it’s an election year upcoming, and I believe this administration knows the economy wins and loses elections, so trade will get resolved. But less demand for goods worldwide and a stagnation in disposable income would do the trick. But this newsletter would argue that a mild recession, which by all accounts, an impending one would be, would fit the So Cal housing market quite well.

What does that mean and what does it look like? Firstly, we still have many well positioned buyers earring good wages, that are currently priced out of this market by 10% to 20%. Therefore, a decline in prices would actually bring more buyers to the table that currently are just missing an opportunity to buy. That same downturn in the condo market would bring many first time Millennials also to the table. Move up buyers are not hurt by this, nor are move down buyers. The only losers? Cash out and head for the hills sellers. Well shame on them if they hadn’t already sold; you shouldn’t have been quite so greedy. Even still, that seller has realized a ton of appreciation equity, also known as “free money’.

No matter what, as a society, we keep going. And if there is a recession, complete with lay offs and wage reductions, those who bought will have fixed housing costs, while rents will continue to go up. There is no recession protection for the renter. 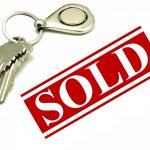 Wow, what a difference a month makes. The Coronavirus did more than spook financial markets as stocks tumbled nearly 4% overall in 3 short days, losing some 6 trillion in