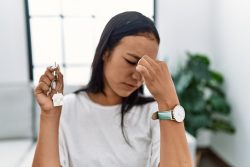 So goes the old tale—put frogs in a pot of boiling water and they will all jump out to their escape; put the same frogs in cool water and slowly heat the water, and they will boil to death. Does this analogy explain the last 24 months of our SoCal real estate market? Buyers slowly boiling in an over cooked market? Well…maybe. On the one hand, as reported several months ago, Orange County, and SoCal in general, didn’t even make the top 10 over inflated housing markets, perhaps remarkably. One explanation for this is that we have resilience inherent in our market that others do not, such as jobs, climate, diversity, housing shortages etc. On the other hand, we have soaring cost of living and outrageous rents, far greater than other metros. Perhaps the greatest positive takeaway for Californians is both the speed, and frequency of stellar equity build ups, historically, embedded in our housing culture. If you hold property here, you might not make the 28% year over year, appreciation, but if you have held any piece of property for any 10 year period, any time since housing statistics have been kept, you’ve made money, in fact, respectable money.

Obviously, not every city or metro can say that…think Kansas City, Toledo, Akron, Des Moines, etc. even such western enclaves such as Phoenix, Fresno, or Las Vegas, can claim our ability to sustain housing growth and appreciation. The end of the ride may soon be here, as sadly, the Feds are maybe doing too much, too late, with an eye on inflation. There is no doubt that raising rates in a market as red hot as it is here, is the same as ice cold water thrown on a hot date—it sort of ruins the mood. Or at least, tampers with buyers purchasing power, when they were already straining to win overbidding. It is economics 101 that higher rates cool the market. Just how much remains to be seen. 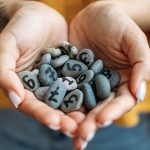 What Were The Actual Numbers?

The total number of sales for the month of February was 2,217, which was down 18.7% from February 2021, the last complete month available, as all numbers below are. We