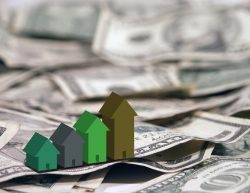 Affordability remains key test for southern California. Southern California looms in a top, prominent, position when it comes to national statistics of affordability. However, income, which is not always correctly reported, also settles at the top of national rankings for the south land. Orange County in particular, as it has crossed from a bedroom, suburban enclave to more of an urban-type metropolis, comes in higher than its neighboring counties.

New homes are arriving back in the marketplace with a vengeance, also driving up the overall median price. But having said all that, for the patient and discerning buyer, there are niches and neighborhoods with great price points. Starter homes, smaller and older, but many of them redone, or priced competitively to reflect the work needed, abound in many cities such as Anaheim, Fullerton, Buena Park, Orange, Placentia, Brea and La Habra, to name just a few. Also look for these next 24 months to feature move up and move out sellers and buyers. This potent combination will keep the local markets simmering as interest rates stay low. The fact that they are going to rise, should motivate many buyers off the proverbial fence, although the increases may not be significant as to whether a buyer can buy, it could definitely affect how much they can buy. Other counties, although traffic is pain, still remain viable, such as Corona, Riverside, Rancho Cucamonga, Whittier, La Mirada, and Chino. There is no doubt that the patient and diligent buyer will find themselves more secure personally, as a result of home ownership.